Dent is an app which allows you to get free data to browse and also share with friends and family members from all over the world developed by Dent Wireless Company.

Dent is an app which allows you to get free data to browse and also share with friends and family members from all over the world developed by Dent Wireless Company. 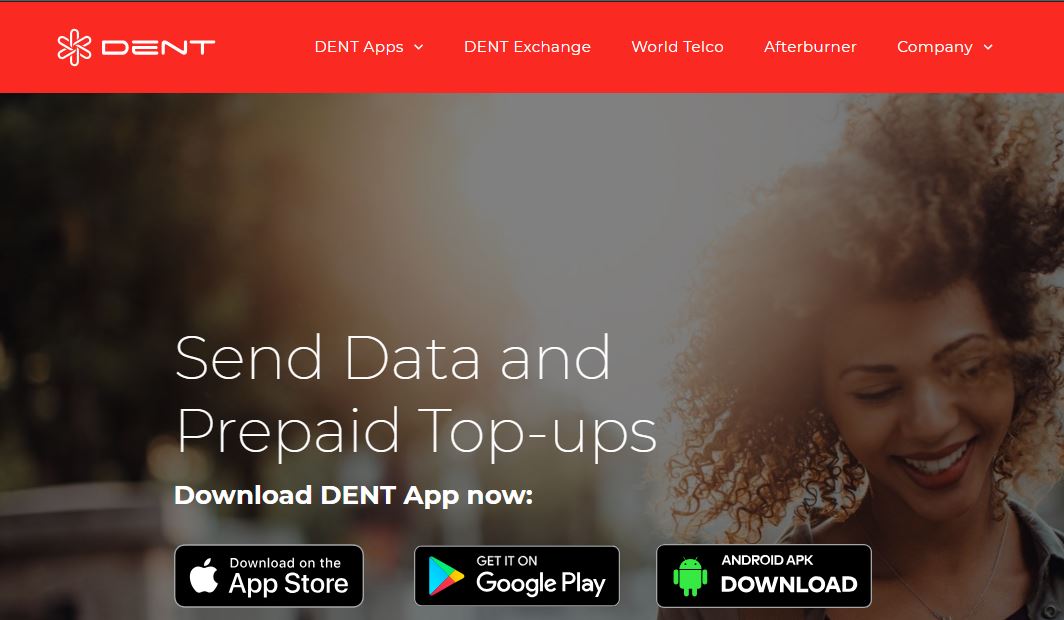 Dent App is similar to apps such as Opera News, Gidimo, TopUp and so many which offers free bonuses to its users.

Dent is something related to a Blockchain which to create a worldwide marketplace wherever everybody gets a chance to get and sell units of mobile information.

DENT blockchain uses the DENT token on its network. The coin aims to be a serious currency all around the world for mobile information amidst the users and Telcos.

The vision of dent is to create a platform using blockchain, where anyone can buy data and get free more access to the internet.

How To Get Unlimited Dent For Free Data

Step2: After downloading the app, now open it.

Step4: After sign-up, you will be given free data but is not enough to purchase data from various telecommunication companies but you can get more Dent using the referral system in the app.

Step5: The more Dents you have from referring people, the more data you can purchase at any time of your choice.

Step4: Copy the link and send it to the person you wish to refer or you can just click any social media network listed to reach more people.

Step2: Goto the referral section and copy your invite link.

Step4: Goto your Apps and find the Dent App

Step6: Now go to your chrome browser and enter the referral link you copied.

Step7: You will be redirected to the Google Play store to open the Dent App again like a new user.

Step8: Tap the Register, and sign up with a new account using a different phone number and you will be given 690 free dents.

Step9: After verification, you will receive another 690 free dents in the new account.

Step10: Now you can go to your former dent account and see you will be given more dents for referring, but the app doesn't know you actually referred yourself again.

You can use this trick to get as many dents as you need at any time and there are apps like Dent you can also try below.

User: "Great app can't wait to send data to my friends overseas also can now sell the unused data that I can now benefit from instead of my company taking it“

Another User: "Dent is just awesome, one app on the play store that I love and now I get free data at no cost just to refer my friends.

Another Review: "This app and company are going to change the mobile data world! This finally gives the people the power to choose the best data price and not waste money with unused data every month!!“

Dent App is now ranked No.1 on the Google Play Store Productivity Chart In Malaysia thanks to thousands of downloads from users in the country.