Amazon is offering users $25 gift cards in exchange for its 3D Scanner to scan your entire body, Techmachos Reports.

Amazon is offering users $25 gift cards in exchange for its 3D Scanner to scan your entire body, Techmachos Reports. 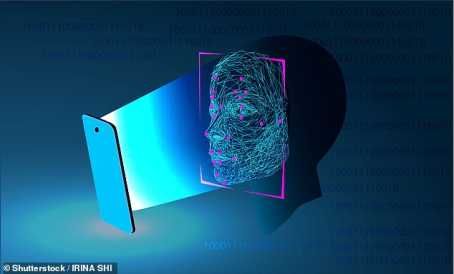 The Ecommerce giant is conducting a study at its office as part of a test that seeks to 'learn about diversity among body shapes,' according to a listing, which was first spotted by Mashable.

Participants who set up a 30-minute appointment will be asked to take a survey and agree to have 3D scans, photos and videos taken of them. 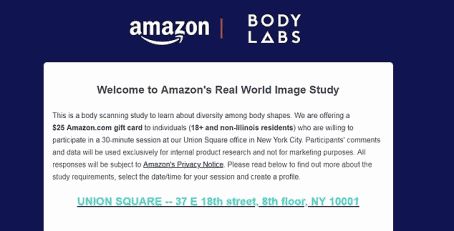 The move comes as Amazon has faced privacy concerns around its collection of data from Echo devices, as well as the deployment of its controversial facial recognition software.

Scans will be taken in both their 'everyday clothing,' as well as 'form-fitting' garments, which for women might include a bikini or form-fitting shorts and a sports bra, the listing states.

Participants' height and weight measurements will also be taken during each session. 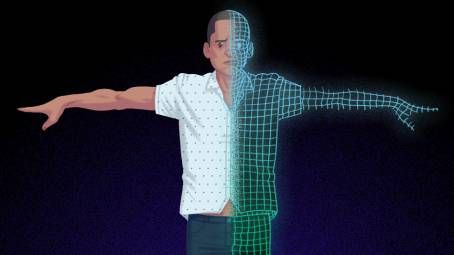 Amazon said any data collected from participants will 'be used exclusively for internal product research.'

The signup page here for the study claims that Amazon takes 3D scans, photos, and videos of study participants, both fully clothed and in “form-fitting” swimwear.

On the website, Amazon states that the data collected during the study is “exclusively for internal product research” and will not be used in a marketing capacity.

The firm added that it won't use the data for marketing purposes, however, it noted that any responses are subject to Amazon's Privacy Notice, which details what kinds of data it collects and how it is managed.