A top tech company MIT have created a device that listens to the voice in your head, Techmachos Reports. Researchers at MIT have ...

A top tech company MIT have created a device that listens to the voice in your head, Techmachos Reports. 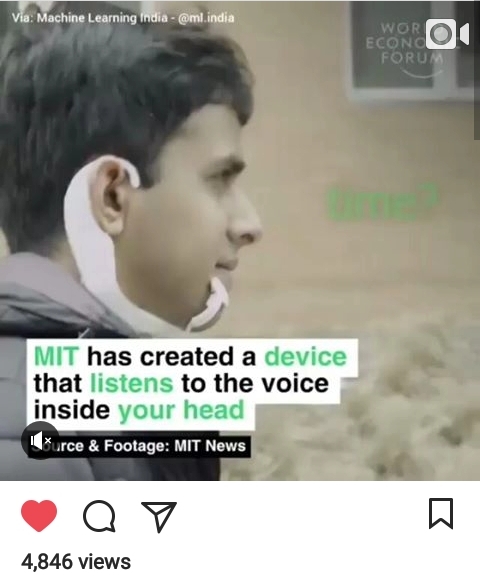 Researchers at MIT have developed a wearable device that can read people’s minds when they use an internal voice, allowing them to control devices and ask queries without speaking.

The device, called AlterEgo, can transcribe words that wearers verbalise internally but do not say out loud, using electrodes attached to the skin.

AlterEgo was presented at the Association for Computing Machinery’s Intelligent User Interface conference in Tokyo.

The AlterEgo device managed an average of 92% transcription accuracy in a 10-person trial with about 15 minutes of customising to each person. 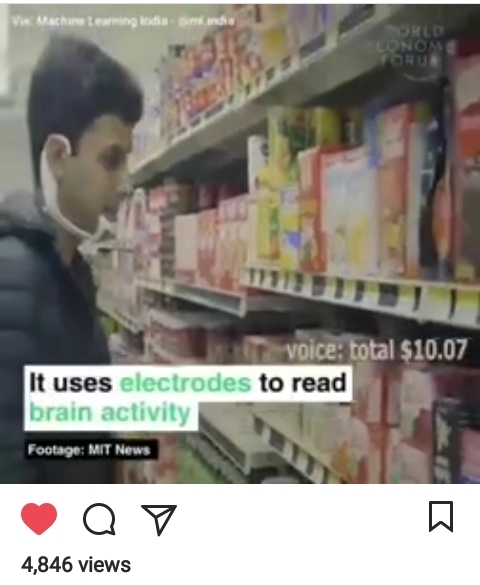 When someone says words inside their head, artificial intelligence within the device can match particular signals to particular words, feeding them into a computer.

The computer can then respond through the device using a bone conduction speaker that plays sound into the ear without the need for an earphone to be inserted, leaving the wearer free to hear the rest of the world at the same time. 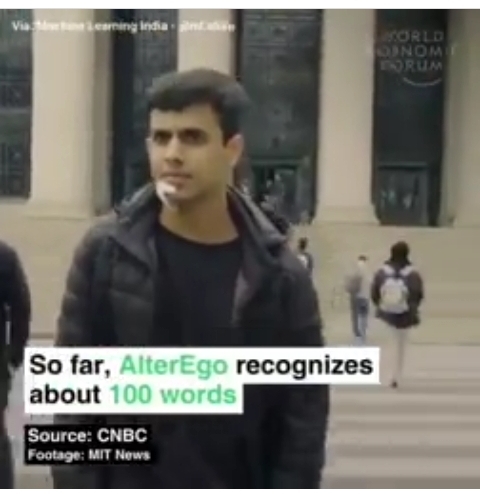 The idea is to create a outwardly silent computer interface that only the wearer of the AlterEgo device can speak to and hear.

“We basically can’t live without our cellphones, our digital devices. But at the moment, the use of those devices is very disruptive,” said Pattie Maes, a professor of media arts and sciences at MIT.

“If I want to look something up that’s relevant to a conversation I’m having, I have to find my phone and type in the passcode and open an app and type in some search keyword, and the whole thing requires that I completely shift attention from my environment and the people that I'm with to the phone itself.”

“Our idea was: could we have a computing platform that’s more internal, that melds human and machine in some ways and that feels like an internal extension ofour own cognition? ” said Arnav Kapur, who led the development of the system at MIT’s Media Lab. 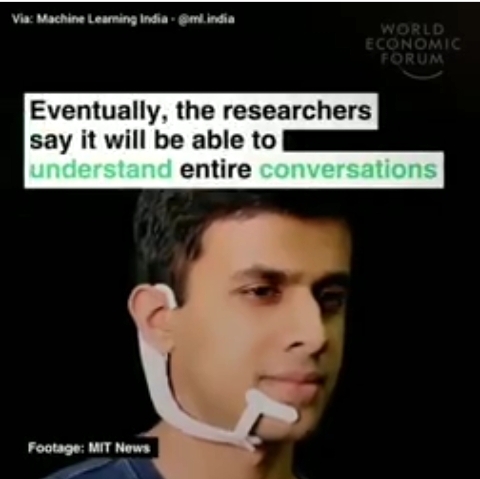 The only downside is that users will have to wear a device strapped to their face, a barrier smart glasses such as Google Glass failed to overcome.

But experts belive this tech has much potential, not only in the consumer space for activities such as dictation but also in industry.


Reposted from @ml.india - Would you like a machine that can directly listen to your brain? Guess what? The machine is already a reality! Thanks to MIT! What do you think of all this? Let us know! 💌 Source: World Economic Forum, MIT News. 📈 Like our content? 😀 Share it with your tech-circle! Let us build a bigger and better community of technologists across the globe. . . #ai #artificialintelligence #machinelearning #softwaredeveloper #iot #arduino #pythonprogramming #datascientist #datascience #datavisualization #dataanalytics #sensors #latesttechnology #futuretechnology #techwear #technews #robotics #coderlife #codingmemes #3dprintingtechnology #3dtechnology #3dprinting #imageprocessing #coderhitsa #engineeringstudent #techvideos #graphicsdesign #creativevideos #lifehacks
A post shared by Technoprat (@techiehitsa) on Mar 7, 2019 at 5:32am PST